The flexible office space industry is growing by leaps and bounds, averaging 23% annual growth since 2010. In the US, 1,000 additional coworking locations opened in 2018 alone, with another estimated 700 in 2019. But like most industries, a small number of operators have separated from the field, distinguishing themselves in some way.

In addition to insights we’ve provided on choosing the ideal coworking space for your enterprise, we wanted to take a closer look at some of the biggest names in the industry. As you’ll see, even after narrowing the list to 14 of the largest coworking companies, businesses still have a tremendous variety to choose from.

WeWork is the best known of the flexible office space companies and has the second most locations behind Regus. Its spaces feature a startup vibe and atmosphere, usually active, energized, and more youthful than some of the other companies. WeWork serves enterprises particularly well, so many larger organizations favor WeWork over other coworking space providers. The company is the largest private office tenant in New York, with nearly 9 million square feet and over 100 locations in Manhattan alone.

Impact Hub is a global coworking community comprised of, for the most part, locally franchised locations. It’s one of the few coworking space providers that offers discounts to organizations with an impact mission, meaning those that aim for positive change in some regard. Along with open, flexible space for freelancers, tech startups, remote workers, and small businesses, Impact Hub also hosts community events at each of its locations to foster camaraderie and collaboration amongst its different tenants. The company rents its space to local businesses for one-off events as well.

Regus labels itself a legacy or heritage brand, and for good reason. It was the original flexible space provider operating at a large, global scale. The company is best known for offering private offices for one or two people. Users can rent office or coworking space by the day or use the typical monthly membership fees. Some of its most notable client companies include AT&T, Google, and Toshiba. With over 3,000 global locations, Regus is the largest flexible space provider in the world.

Industrious Office uses a different business model than most of the other large flexible space companies. It partners with landlords in what is essentially a profit-sharing relationship rather than leasing the space on their own. The company primarily focuses on enterprise rather than individual freelancers or remote workers. It specializes in hospitality-based amenities for users, including perks like free food and beverages.

Spaces is owned by the same company as Regus – IWG. The company acquired Spaces in 2014 to be a direct competitor with WeWork, now operating 180 locations in 50 countries. As an alternative to the more traditional business environments found in Regus sites, Spaces specializes in the larger, open, shared space that many people associate with the coworking industry. However, although Spaces caters to freelancers, entrepreneurs, and small businesses looking for an innovative and collaborative environment, it’s also a good fit for enterprises looking for those same traits in a workspace.

Serendipity Labs provides modern, flexible space that’s specifically aimed at enterprises. While they don’t offer the true shared space with a collaborative atmosphere that is synonymous with coworking, their strengths are elsewhere. Businesses in a Serendipity Labs space usually want a modern environment with more privacy and security than what other coworking companies provide. For instance, amenities like a more secure IT infrastructure and frosted glass are common in a Serendipity Labs space. Over 100 additional Serendipity Labs are currently in development across the United States.

Primarily located in and around Los Angeles, the bulk of Premier Workspaces’ footprint is in Southern California. It does, however, feature east coast and midwest locations as well as other regions of the Western United States. The company focuses on one or two-person offices, mostly for professionals.

Since it owns its buildings, Novel uses a different model than most of the other well-known coworking space companies. This allows them to do more customization for their clients, whether that’s simply removing a wall or providing full, custom buildouts to suit a company’s specific needs. Also, Novel offers affordable price points, so such benefits are available to a wide range of businesses. In fact, Novel’s pricing is up to 50% lower than some of its competitors.

Like Industrious, Convene emphasizes hospitality in their coworking spaces. Since it started as an event space company, Convene offers several unique amenities, including high quality, nearly professional level kitchens in their locations as well as executive chefs that work with local food suppliers and farms. Each space is well-designed with a high-end look and feel. Also, because it appeals to more enterprise-level tenants, Convene offers a variety of cutting-edge technology with 24/7 tech support for clients.

Venture X is a newer company in the industry but is expanding quickly. Each location is a locally-owned franchise that focuses on small and entrepreneurial teams. Although Venture X has locations across the country, most of its spaces are in Florida and Texas, with several additional sites currently in development. Each of their sites features a contemporary, upscale design with an emphasis on business professionals for clients.

CommonGrounds is a newer addition to the industry and is expanding rapidly. The company targets both coworking tenants as well as enterprises and is already making a name for itself with the agility it affords tenants. CommonGrounds can quickly configure a space to fit the particular needs and vision of a business, making it one of the more flexible options in an already flexible industry. Although its locations are primarily in the Southwest, its growing footprint also includes Portland and Minneapolis with many other markets on the horizon.

Intelligent Office is a large, franchise-owned flexible space company that caters to one and two-person private offices, much like Regus and Premier Workspaces. It also provides amenities like full-time reception and other ancillary services that are especially appealing for smaller organizations and entrepreneurs. Those ancillary services range from accounting and order processing to business development and scheduling, making Intelligent Office a popular choice for smaller businesses that need operations support along with flexible workspace.

Studio is the coworking brand for one of the largest commercial property owners in the world – Tishman Speyer. While Studio doesn’t yet offer as many locations as others, its expansion is inevitable considering its ownership. However, Studio is already a significant global coworking brand with locations in marquee markets like Beverly Hills, New York City, Chicago, and Washington, DC. It’s a very professionally run organization that focuses on flexible office space for enterprises, although it does offer a full spectrum of solutions that range from private suites to open seating. Studio also offers both flexible, shorter-term agreements as well as traditional leases.

Office Evolution is another coworking space company that uses a franchise model, specializing in flexible private office space primarily in key suburban markets across the country. The company focuses on sole proprietors, small businesses, and similarly-minded enterprises. Office Evolution is another rapidly growing coworking company with several new locations either currently under development or just opened.

Other Companies to Consider

Although Breather doesn’t offer coworking space, it targets larger companies that have specific needs but still want to enjoy the benefits of flexible office space. Breather specializes in private flex solutions, where a company can lease an entire floor of a building without the restrictive, lengthy, and often expensive terms of a traditional lease. The company boasts 235 locations, most clustered in large urban markets like Los Angeles, Boston, Chicago, New York City, and the like.

Like Breather, Knotel offers private flex office space, not coworking or shared space. In fact, Knotel was one of the first companies to provide large, flexible spaces that cater to enterprises with 50 employees or more. The industry also refers to such space as Flex HQ, where a company like Knotel is able to build out space specifically for an enterprise’s culture and particular needs. Knotel is also one of the fastest growing companies in the space, tripling its global footprint in 2018, now offering more than 2 million sq ft of private flex space to midmarket enterprises, with over 170 locations.

Naturally, these companies are only the largest names in the extremely dynamic flexible workplace industry. While any freelancer, startup, or enterprise is bound to find a suitable fit in this list, it still only represents a portion of the overall marketplace. We recommend using our downloadable guide, How to Choose Coworking Office Space: Find the Right Location & Terms For Your Budget, for additional, unbiased insights on your search for flex office space. When coupled with the real-time, comprehensive search engine on our website, you’ll find coworking space that truly serves as a springboard for your organization and team. 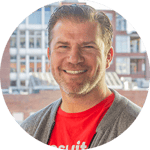 Upsuite is proud to announce the launch of our newest coworking office mark...

Find out how to use social media to engage members in your coworking space,...

Upsuite is proud to announce the launch of our newest coworking office mark...